The Mixed review is a record of my daily readings. I hope it provides a resource for your own projects and projections into the intricacies of our world.


First let me show you that: "We The People Are More Powerful Than We Dare To Believe" - Paul Cienfuegos


Paul Cienfuegos is part of a radical new idea, a coordinated offensive for the expanding of environmental and democratic rights. The organization Cienfuegos works with the Community Environmental Legal Defense Fund defends the rights of real natural entities, against the encroachment of legal fictions, without compromising their principals of de-centralization and democratic individual rights. This is the way you fight corrupt globalization, my friend!

The Community Environmental Legal Defense Fund has helped many communities around the country, mostly on the east coast, to establish town charters in order to increase the decision making power to the people in their localities. One such community is Blaine County in Pennsylvania. The Home Rule Charter for Blaine Township is a remarkable document. It’s remarkably versatile in the way it balances seemingly conflicting rights.


Section 317 Right to Own Property Each of the residents of Blaine Township possesses a right to own property, but this right shall not convey with it a right or privilege to deprive or curtail the rights of People or Nature.


Section 324 Rights of Natural Communities Natural communities and ecosystems, including, but not limited to, wetlands, streams, rivers, aquifers, clouds, and other water systems, possess inalienable and fundamental rights to exist, flourish and naturally evolve within Blaine Township. Consequently, no private claim to ownership of natural communities, whole ecosystems or the genetic material of any organism shall be recognized within Blaine Township.

(There’s even a section on the right to bear arms.)


Section 314 Right to Bear Arms The right of the People to keep and bear arms shall not be infringed.


Here is a link to Paul's web page: http://paulcienfuegos.com/


and the one for the Community Environmental Legal Defense Fund: http://www.celdf.org/


be leading a 75-minute mini-workshop at the Earth Day conference at PCC Sylvania campus at 1pm.


Second let me show you that: Gilles Deleuze has good things to say about "the three great forms of thought" on page 197 0f "What Is Philosophy?". 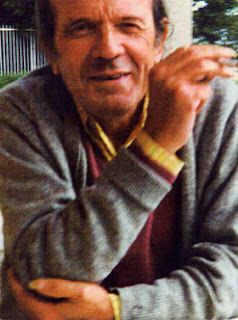 
Third let me show you that: THE FUNAMBULIST has a new article on coil miner (amateur) architecture.


Although the coal industry is among the most destructive to the environment I personally find these mining structures to be quite enhancing to the Pennsylvania land scrape. the Funambalist points out that much of the materials used in the construction of these structures where probably gathered from the surrounding area.


Forth thing on the table is: The Nature of the State according to Murray N. Rothbard.

This is a great argument against a long taken for granted state of affairs.