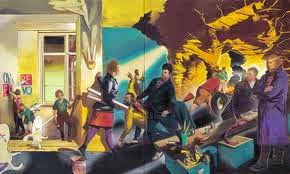 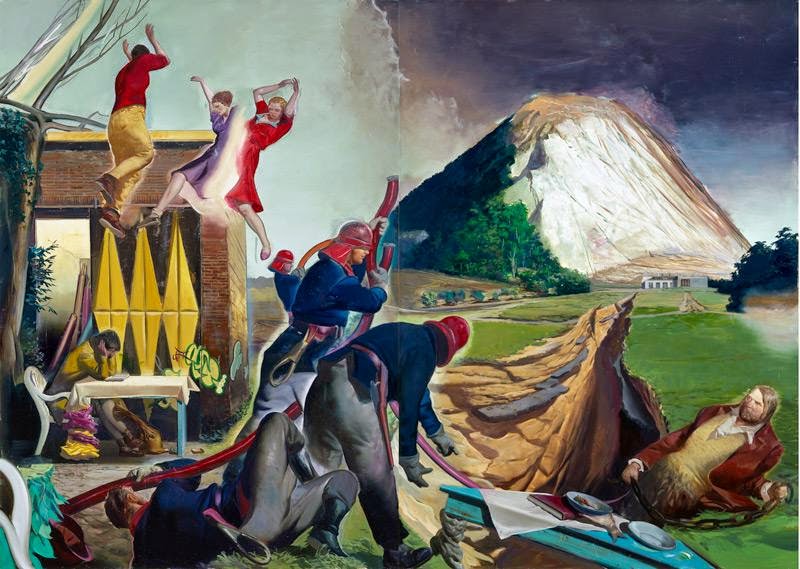 The Artist Neo Rauch lives in the same world as me. A place where the architecture and infrastructure govern the lives of humans as if they were Olympian god's dancing through the void, and the past conspires with the present to unbind the future into an enchanted kingdom of electronic heraldry. My only protest of the Rauch estate is the sense of disconnection between things. The visual space divided up, and smashed together. In my world one might wish they could get this kind of space. They might even fight for it. They would try to construct prisons and museum to keep people and things apart, but ultimately they would fail and anarchy would be leashed upon the land once more.
Posted by dustygravel at 11:16 AM