The 1st Item of the night is: rorschach. 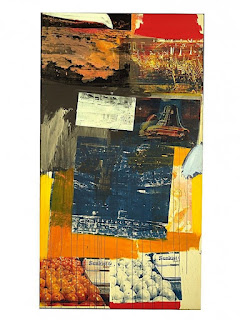 A fruit is a space ship transportion a tree to another world, one small step for a piece of fruit one Giant step for a tree, one tiny step for a civilization. One roll of a dice, one swath of glow, and some red can of paint, and a deadly ocean to carry it all away. It's the hot turmoil, the lunar landscape of an apple skin.

The 2d item of the night is:﻿ Bikes, irony and mymymy genaration (a word from the sponsor).


I responded to a blog post by a fellow blogger, Drwatson, entitled bikers and Irony, and after I finished writing it I realized that I had misunderstood the post. But I liked the idea so I put it up here.

Indeed! Nothin' ironic about bikes. I'm not of the generation X, I am of the generation that is constantly called ironic. There seems to be so many meanings of irony, some of them varry deep and rich, others shallow and stupid.


I think for generation X irony was something liberating if not over played,(over-played was a BIG problem back in the 90s) it was a way of being more than people thought you were without giving up anything.

For me and I think a lot of people of my generation irony is not liberating at all. We are thought to be ironic and even believe it ourselves, but are not acutely ironic at all. We are pathetically sincere. That's probably what you see in those kid rock fans. Me, I would never listne to Kid Rock not even for shits and giggles. It's just not funny.

I think to my generation irony is a profound limitation. It's a handy cap. Like in golf. Its something that usurps our power and saves us from the void. Just like you said If you see some one of my generation with an afro and a big caller shirt you can be as shore as hell that that guy is burning in his hart for something most of us will never understand. You know, it's kind of like we're a bunch of retards. Like a bunch of super-men retards.


In the nineties, and I'm old enough to remember them, irony was liberating and sincerity was stifling. The freest people I know could do anything because underneath it all they weren't really a cowboy, pirate, savige, forest wizard, lizard man, or whatever they were just different. Now we can be whatever the fuck we want to be, but no one believes it, they just think it's a joke.

(Oh I just realised that youre talking about harley bikes not bisicals. That funny how hipster is a bikecyle!?!)

The 3ed Item of the night is: # DELEUZE /// The Body as a Desiring Machine by the The Funambulist.

In this article The fuambulist explains Gilles Deleuze & Felix Guattari use of the Body Without Organs, or the bwo. The funambalist starts by high lighting the historical origen of the concept from Antonin Artaud to William Burroughs to Gilles Deleuze & Felix Guattari, then he highlights the particular quality of the BWO called Desiring Machine. The bwo is not divided up into organs instead it is divided into functions called desiring machines. Each section of a body can be thought of as serving many functions and each function is then defined interims of its desire and its material mechanism, hents desiring machine. This is distinguished in contrast to thinking of the sections of a body as organs, or sections with one or a certain limited set of functions. The mouth that eats is one desiring machine with your nose that smells food, the mouth that pulls slivers out of you’re hand is another desiring machine but for Gilles Deleuze & Felix Guattari they are not the same organ but are sections of a larger body with out organs. One desiering machine might include your nose that smells or you’re hand that is momentarily joined with you’re teeth separating the sliver from the other body.

The main point of this article seems to be to show the history of the concept of the bwo and to give a brief introduction to the use of the concept.

The 4th Item of the night is: Globalisation: my definition & Three major forms.(a word from the Editor)

Globalization, I want to say is any totalizing pattern that expanse power or influence toward a global limit, ether by central control over a wide range of activities or through the propagation of a single pattern or activity accost the whole of the earth. This totalizing pattern, or globalization, is an abstract form that can be the pattern of any number of social, governmental, or financial institution. That is that any institution can be referred to as globalism or globalised if it ether propagates its self toward the covering or circling of the entire globe or if it organizes a multiplicity of patrons from one centralized intelligence.


There is a corporate globalism that extends manufacturing and distribution of commodities around the globe, there is a governmental globalism that organizes the patterns of social behavior and standardizes law code around the world, this might include business law, environmental law, or social law, and then there’s cultural globalism that distributes patterns of behavior and cultural norms around the world. Each of these three forms of globalization are interconnected and usually the extension of one means the extension of the others; for instance when corporations are globalized they effect influence over national economies causing those nations to write policy in response, as in the case of tariffs, or trade taxes. Also there are organizations like the WTO (the world trade organization) that enforce trade agreements that are in effect standardized law code that exceeds the borders of any individual nation. Both the law codes of international trade organizations and the economic changes that corporations bring to the nations of the world have profound effects on culture. The commodities that corporations produce are sold around the world and profoundly change the look, and emotional affect of the people that use them. They also determine the kinds of employment opportunity that are open to the people of the nations where they are located, but opportunity might be a bad word to use here because if a none-local corporation out competes the local organizations then the local organizations will go out of business living the none-local corporation as the only option to the citizens of the nation.

The last Item of the night is:  Gogol Bordello on Globalisation.

Posted by dustygravel at 5:43 AM